* Time cargo drops to make sure they don't disappear.

/maid.toggleExclusiveMode
Toggle exclusive mode. In exclusive mode, any item not specifically listed in the cargo items list will be jettisoned.

/maid.toggleTempNotify
Toggle asteroid temperature notifications. When active, you will receive messages when the asteroid has reached a pre-set temperature.

/maid.toggleTempSafety
Toggle asteroid temperature safety. When active, your mining beams will automatically power down before the asteroid overheats.

MAID can't tell the difference between ore that was mined and ore that was collected. If you pick up a single crate of ore, MAID will think you mined it. Thus, the cargo tally may show that there is ore you haven't picked up, even if you did, and the cargo timer won't automatically stop.

The auto mining beam shutoff can cause unwanted weapons fire after you change ships - checking with the VO devs. 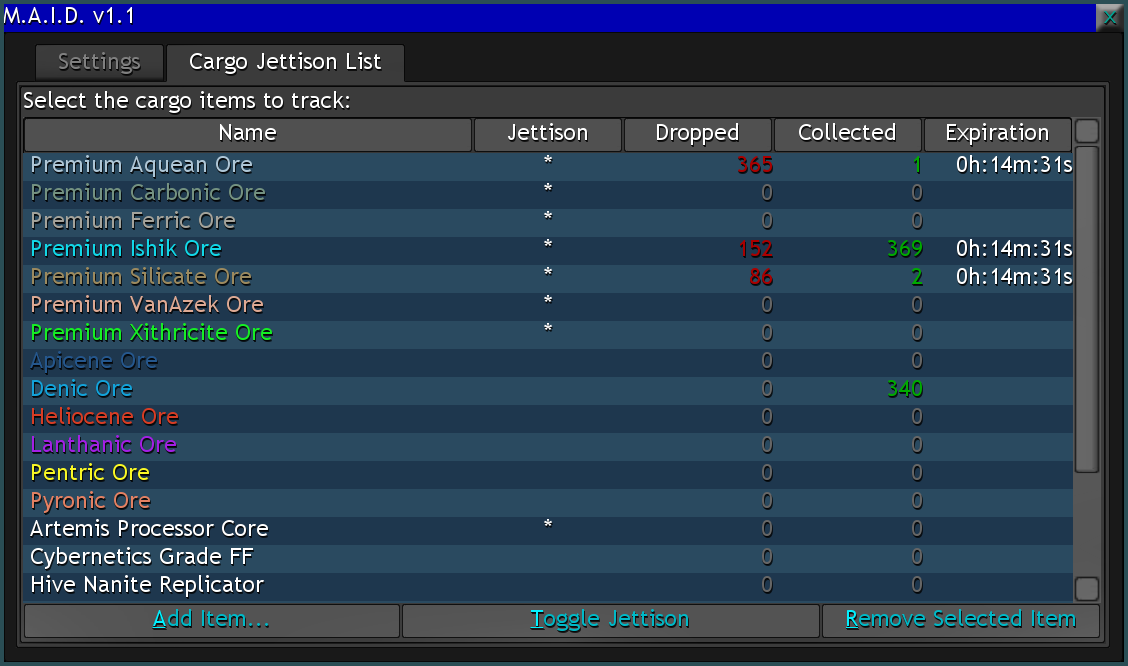 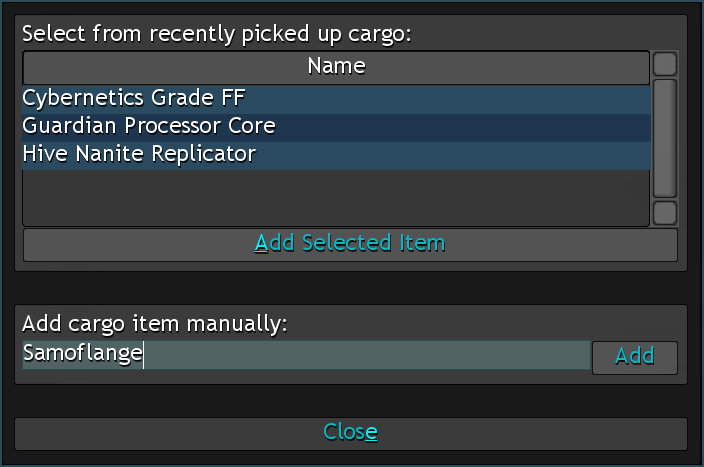